Do it with passion or not at all

4 weddings & events is a wedding planner service in Germany, Bavaria, Garmisch-Partenkirchen by Uschi Glas. Get married in the Bavarian alps, in Austria, Italy or Switzerland with more then 20 years experience in weddings. We will find the perfect wedding venue in Garmisch for you, for example with a fantastic mountain view, with its own lake, private atmosphere and delicious food. The location scouting is part of our full-service wedding packages.

We will assist you while planning your destination wedding abroad in any possible way to make getting married in Bavaria easy and wonderful for you. Weddings are our passion but we know that it is really hard work to create a fairytale. So let´s work together to make your fairytale mountain wedding come true.

Uschi Glas, your wedding planner in Bavaria because… 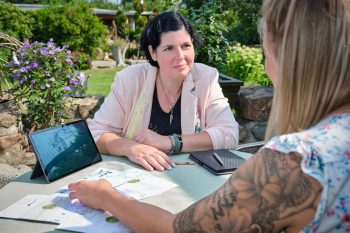 My wedding blog exists for many years now. It started in my time when I was an employed event and wedding planner in various venues and I went ahead with it after getting self-employed to inspire future wedding couples. 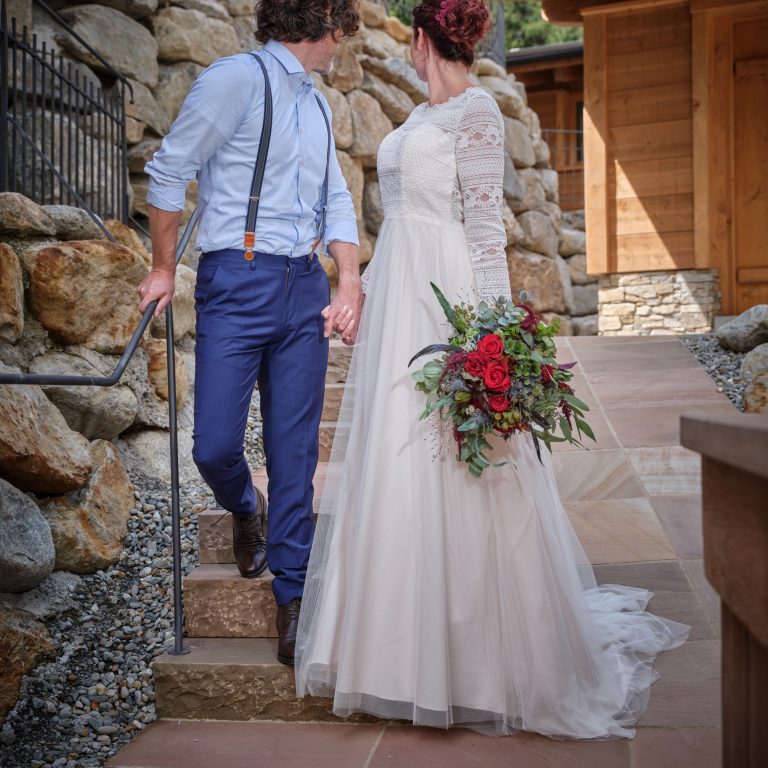 Looking for the right place in Germany, Austria or Swiss to celebrate your wedding or elopement? 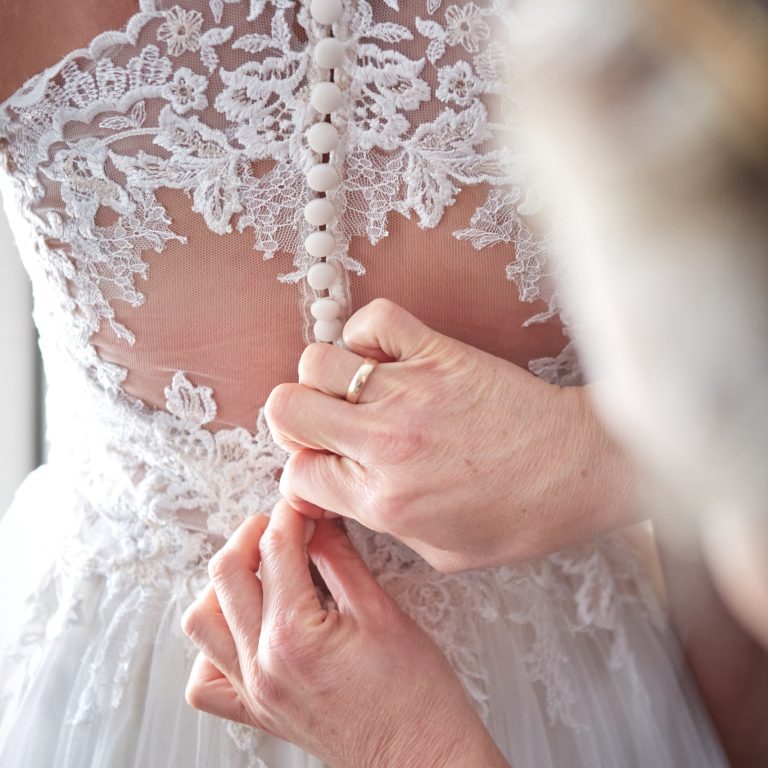 Make a wish – and I´ll make a plan. Even plan B and C for your perfect, dream-like wedding. And I´ll be right by your side from the first step untill your wedding day. 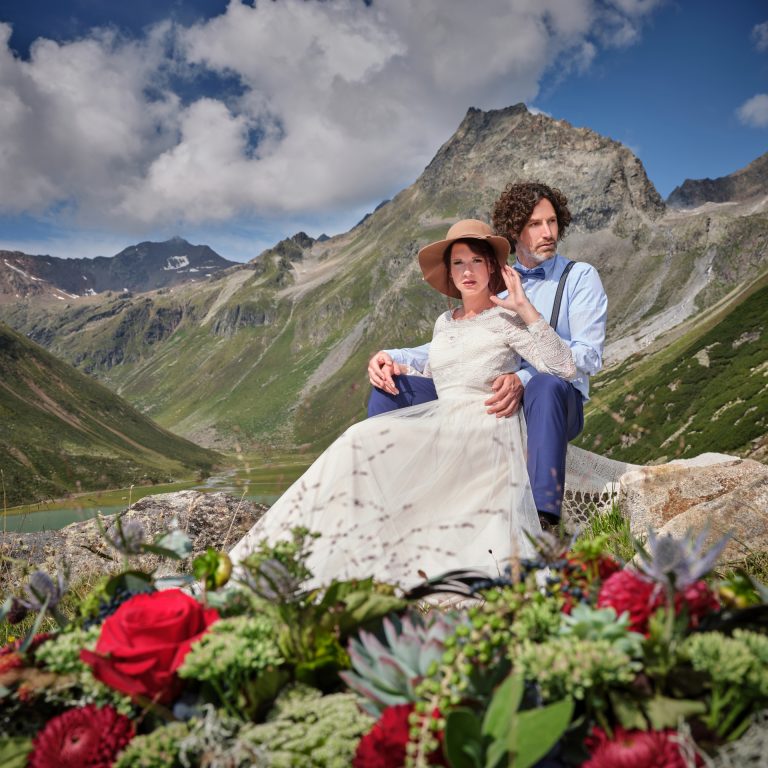 The total flatrate wedding coordinator package for a destination wedding. 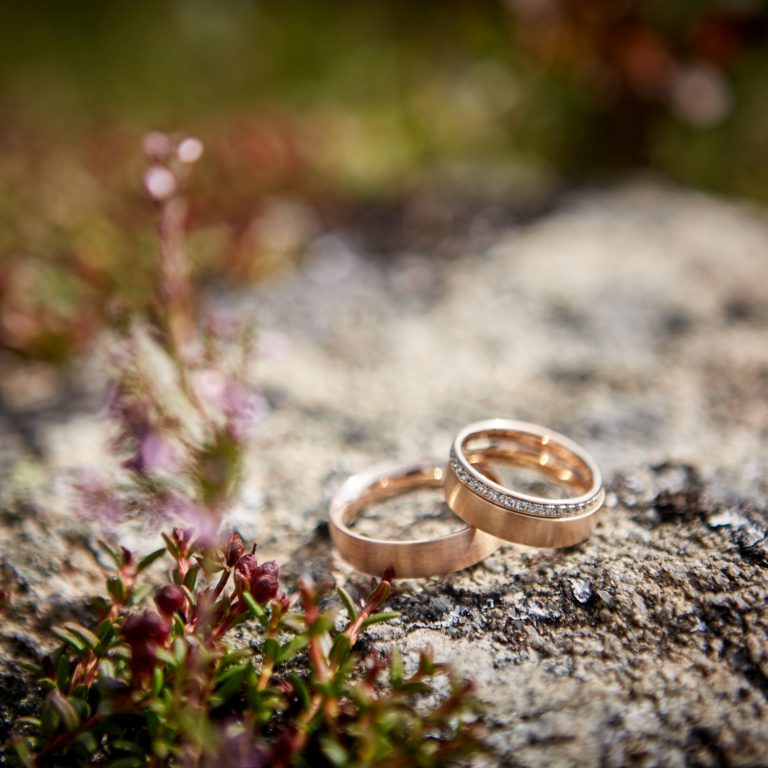 Looking for the best wedding proposal ever and a “yes” guarantee? Garmisch-Partenkirchen in Bavaria offers best places for the question of all questions during all seasons.

You have to postpone your wedding because of Corona I Covid-19? 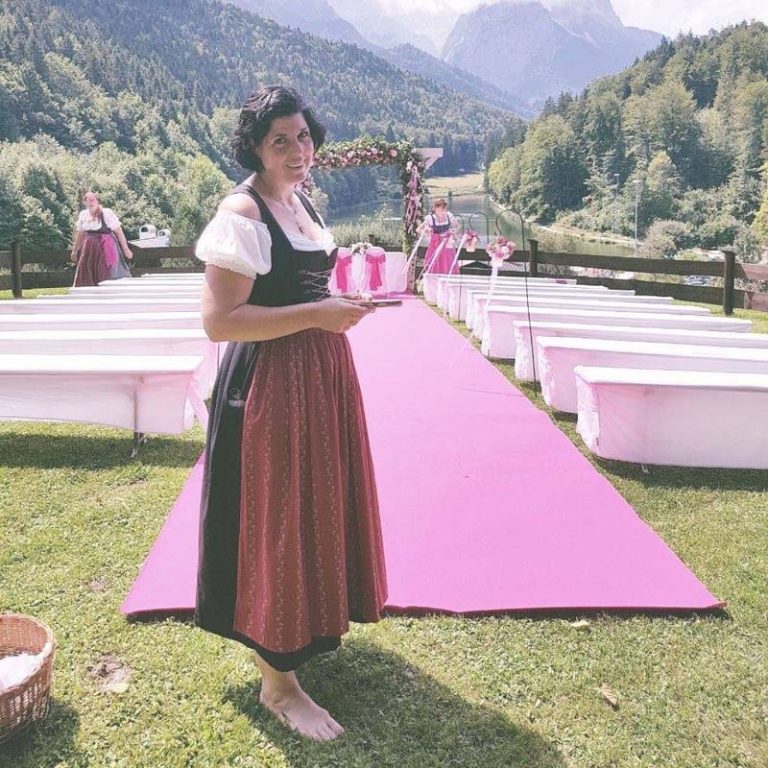 Wedding coordinator – I´ll be onsite during your wedding day as a reliable partner and contact for you and your guests.

What my former couples say

Dear Uschi,
Thank you so much for helping us to put together and pull of the wedding of our dreams! We couldn´t have done it without your help and we really loved the write up you did and all of the pictures you shared. We´re going to send out a link to Magnus´ photos so you can save / download pics of you. 🙂 We wish you the best of luck with the restaurant and your 2019 weddings!
Jen & Matt
❤

The groom: “We only did our part. Uschi is the hero in this. We absolutely could not have focused our attention on the events we did during the week, if it weren’t for Uschi’s amazing ability to make everything work so seamlessly on Thursday and Friday. We owe her so many thank you’s. “

Uschi Glas is knowledgeable about the area, warm and highly competent. As a bride and groom looking for a suitable location, you are in good hands with her.

Thank you both so much for such an amazing rehearsal dinner! Our family and friends still talk about it to this day. The food was amazing, the atmosphere was perfect, and the two of you were so accommodating and attentive. It was the perfect spot to have our dinner and we´re only sorry Matthew had to miss it. Thank you for working with our budget, tastes and turning the menu to our preferences. You both went above and beyond and we will never forget it. I´m so glad I found you again Uschi and we cannot wait to come back! Love, Megan and Matthew

In Matt’s speech, he said he came up with the ideas and Jennifer created the spreadsheets. They added Uschi to the mix and became MAGIC. Their week long wedding extravaganza would not have been possible without Uschi’s “ boots on the ground.” They shuttled close to 40 people from one amazing event to another. It culminated in the wedding of a lifetime; a beautiful, personal ceremony performed by Chaplain Don at the Garmisch Community Chapel, a bus ride to the Eibsee ( lake) for pictures and sightseeing, a tram ride to the top of a mountain to the reception site, Das Graseck, for a sumptuous 3 hour feast complete with more China, silverwear and glasses, than I have ever seen at a place setting. The food was fabulous and expertly plated. The champagne, Augustiner beer, wine and coffee were delivered by an attentive waitstaff. The view of the Alps was spectacular. The wedding cake was divine. As if this was not enough, the bus next took us to Bungalow 7, where we were given blue bracelets to allow us drinks, and to listen to a band Matt had selected to play music including his favorite band, Ween. This had to be the end! But no, the next day we were taken to the TOP OF THE WORLD, or at least, Germany. The Zugspitze was a site to behold and to stand on! If you want a fantasy wedding or event you can depend on the Wedding Planner, Uschi Glas.

we wanted to say thank you for all of your help!  You truly made our wedding day so special!  Your planning, preparation, and attention to detail was amazing. Thank you so much.  We couldn’t have done it without all of your help.  We are in awe of how beautifully everything came together.  We are still amazed by how well the coordination of the buses, taxis, and cable cars went! The flowers were stunning and the decorations came together perfectly.  We really couldn’t have asked for more! Thank you! Thank you! Thank you!

All of our guest couldn’t get over how wonderful the wedding was! We’ve received endless compliments on the entire day and all the little details, and we truly owe that all to you.  Thank you again for making our wedding so special.

We appreciate you more than words can say.

Uschi Glas was introduced to me in 2015 and helped to plan our wedding in Garmisch Partenkirchen in May 2016. I thought that planning a wedding abroad from England would be stressful and difficult, Uschi took all of that stress away from me, she was extremely helpful and creative, nothing was any trouble and kept me updated regularly by email. Everything we asked for Uschi delivered and we were delighted with how much detail and the quality of her work. Our wedding turned out perfectly and we will be forever grateful for the impeccable service we received from Uschi who we believe is a very talented wedding planner!

Uschi was a fantastic wedding planner! As an event planner I knew there was going to be a lot of details to planning and executing our wedding. I never worried once when working with Uschi. We kept in close contact and I only had a chance to meet her once since we lived in the U.S. Uschi not only met our expectations but she exceeded them in many ways. My husband and I are so thankful that we had Uschi organizing our amazing wedding.

Just want to say hi and thank you once again for such beautiful setup for our wedding at Hotel am Badersee on 3rd of August 2018. The location was perfect, no words can describe how beautiful it was. We are glad that we went with your suggestion! The wedding decorations and setup is to die for. Thank you for being a fairy god mother to me, always there to help and advise every step of the way to make the wedding goes smoothly and perfect. You made all my wishes came true. You are definitely a wedding planner that every brides need! If anyone need to plan a wedding in such a short notice, they definitely have to look for you! I’m glad I did? Anyway big hugs from Sandro and me, all the way from Hong Kong!

I cannot say enough about how professional Uschi is at her job. From the moment we met Uschi we knew that all our dreams for our Big Day would be met without any hesitation. If I were to plan my Wedding Day all over again I would choose Uschi as our planner. Our day was simply beautiful and so special. We travelled from Ireland (our homeplace) to get married in beautiful Bavaria. At start we had some nerves about planning a wedding abroad but thankfully we found Uschi and every step of the journey was made relaxed, informal and friendly. Everything from decor to the food was breathtaking. Thank you so much Uschi! Martha and John, Dublin, Ireland xx

Mountain weddings as its best in Bavaria, Germany or Tyrol, Austria. Just one hour far from Munich and Innsbruck airport, in the Zugspitze area in the middle of the mountains, there are wonderful wedding venues with possibilities for fairytale wedding ceremonies outdoor with mountain view, romantic little chapels, pure nature. A summer wedding lake-side or a destination wedding in a mountain hideaway or getting married close to Neuschwanstein castle – everthing is possible and of course 4 weddings and events takes even care of all suppliers like bakery, florist, photographer or DJ. Alp horns during the reception, a horsebox bar 4 Gin & Drinks, a special ceremony where bride or groom are flying in with a paraglider, a torch light walk during a winter wedding, boating tours on a mountain like – 4 weddings & events will organize and coordinate it. A mountain wedding in Bavaria or Austria is very special, excellent food, marvellous views, Bavarian lifestyle – why just stay for a night? Enjoy a wedding week or weekend, offer your guests an interesting sightseeing program for a few days. Rehearsal could even take place in a cottage in the mountains and on the day after the wedding say good bye to your guests with a real Bavarian breakfast. Even winter weddings are gorgeous: horse sleigh rides, hot chocolate next to the fireside and torch light in the snow – that´s so romantic! Sounds like your wedding should take place in Garmisch-Partenkirchen or in the surroundings, in Bavaria or Tyrol? Write us your ideas and we will take care of your dream wedding in Germany!